Anyone who follows football and many that don’t will have heard of Manchester United’s legendary former manager Sir Alex Ferguson. Woe be tide anyone who didn’t perform to the required standard or follow his managerial direction because they were treated to a blast from his temper – the so-called Fergie hairdryer treatment.

Few would deny Fergie’s success especially in his last season in charge when he won the title with a pretty average team. But is this an effective style of management in a business or project management scenario. Now Fergie had a track record built over many years of success. That experience and continued success gained him a level of trust and respect. It was that track record that earned the loyalty of his players and employers alike and gave him the leeway to manage in his own style.

As a project manager you are unlikely to be able to build such a track record of success and fame that allows you the same amount of leeway. Let me give you an example

I was on secondment to the IT training function of my employer. We had developed and delivered a highly successful and award winning project management training course and our wider team had a number of training projects underway. One of these involved the roll out of a new set of updated IT policies and standards on behalf of the IT Planning & Strategy department.

We messed up! We were supposed to distribute the new policies and standards to key project managers and senior IT managers and we used an out of date list without checking it. Nobody died, but it was a complete c*ck-up! The senior manager in IT Planning & Strategy, a successful and well respected manager in his own area, who was our main contact on this project, was livid – and he let us know in no uncertain terms.

He stormed into our team office and proceeded to give me a blast from his very own hairdryer long before the press coined the term with Fergie. When he stopped for a breath, I pointed to a meeting room and said “in there, now!”, and walked off to the room so he had little choice but to follow me unless he wanted to shout at an empty desk. In the room I owned up to my own team’s failings and took full responsibility. I then pointed out how his behaviour in the open office will have actually demeaned himself in the eyes of anyone that witnessed it. He was still angry and we parted with both of us intent on taking things up with our bosses.

On returning to my desk everyone in the general office had exactly the reaction I predicted – who was that idiot! I explained we had messed up so deserved some criticism but that I had also counselled on how that criticism should be delivered. My bosses agreed, as did his. I then phoned my boss and took full responsibility for the mistake. Only then did I relate how the mistake had been fed back to me. I/we actually got less flack for messing up because of the way my colleague reacted. In fairness to my colleague, he took the criticism of his approach from his boss, learned from it, and we remain friends to this day

The best leaders don’t bully. They praise in public but criticise in private. They lead from the front, encouraging others to follow by example rather than fear. What examples of good and bad leadership can you share? 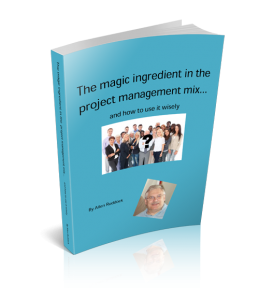