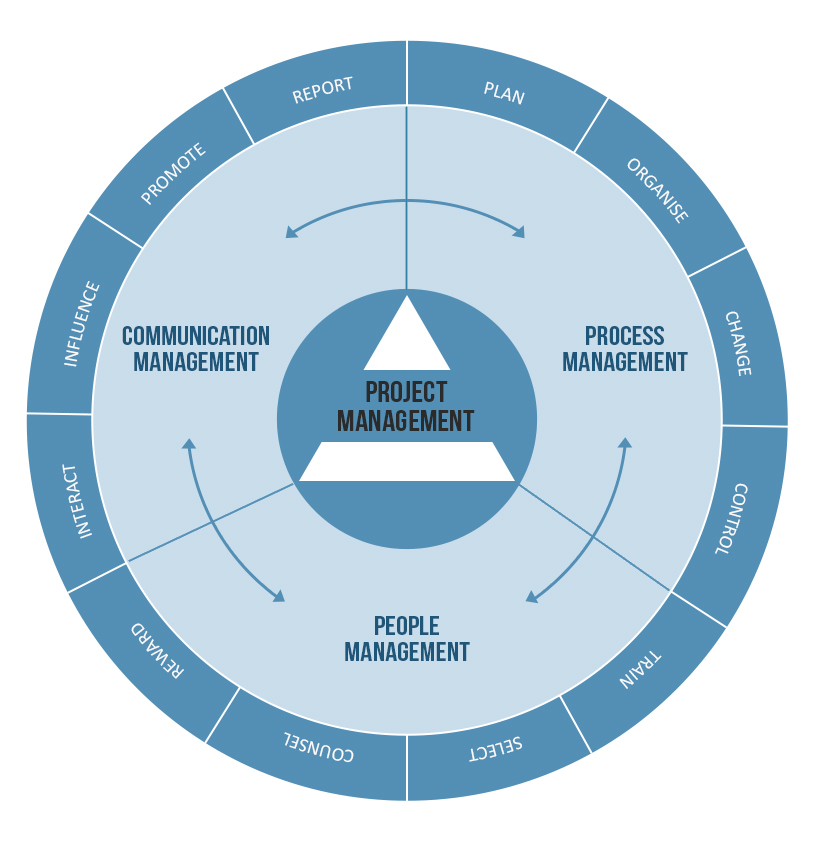 Project management is a big and very demanding job. Just look at the graphic to the left to get a feel for the true scope and scale of the role of a project manager. For all but the smallest of projects I believe it requires the dedicated attention of the project manager.

In my Guide to Effective Project Management this potential project disaster area is described as “part-time, or changes in, project management, or multiple project managers. That was written some time ago and I’ve renamed it here because a dedicated full-time project manager is what I believe is required to successfully deliver any sizeable project. Let’s explore why.

There is a lot to understand about any project:

Every time a new project manager is appointed they have a lot to learn about the project and would not be focused on execution straight away. Frequent changes mean the learning curve would need to be repeated over and over again.

I took over a project when the previous project manager resigned. In fact, there was a gap of a couple of months where the IT Director had managed the team leads directly whilst trying to recruit a replacement. I was supposed to be a stop-gap whilst they continued with recruiting a long-term replacement.

As I took over, some huge issues surfaced around the parts of the project already implemented. It meant further releases were put on hold indefinitely and a major remediation exercise was kicked off. Because of all the changes to how the project was managed it took me 6 months to get the project back on track. I had to learn about the people, the business, the stakeholders, the vendor, the software – all the things I mentioned above – whilst trying to keep a live business supported.

Looking back, it was great experience, but at the time it was big and scary, and it threatened a major revenue stream of the business.

The issue for part time project managers is the challenge of ensuring they are able to dedicate the appropriate amount of time to the project to ensure it is effectively managed and delivered, without compromising their other responsibilities.

If this is the only project they have and the rest of their time is spent on day to day operational stuff, it may be possible to blend the work in. But, whilst project tasks can be scheduled, project problems (or operational issues for that matter) can’t be. Handling multiple problems within one project is difficult enough (as I found out in the example above) but they can usually be spread around the team depending on where the problems are and then managed by the project manager. But across multiple projects or a project and day to day operations, you become torn between orchestrating multiple recovery plans or protecting day to day operational delivery (you know – that business stuff that pays the bills and allows you to invest in projects) with potentially conflicting demands on your time.

Perhaps the project manager only has one project but works part-time. That may work for projects of a certain size when things are broadly going to plan. But what if other parties involved in the project are also part-time but work on different days? E-mail is great, but nothing beats talking to someone, especially face to face, to get a real understanding of progress, issues or even just requirements. And as above, project problems don’t respect holidays or non-working days. They just happen.

My final words on part-time project managers: the myth of multi-tasking. In my experience it means multi-start, finish nothing (at least not properly).

You may have heard the old adage:

“Too many cooks spoil the broth”

It means that if too many people try to do the same task they are more than likely to either get in each other’s way or make sub-optimal compromises to accommodate each other. That is never truer than with project management. Project managers like to be in charge, to lead, to do things their way. More than one and it leads to compromise. That’s ok when things go well, but when a problem occurs, people fall back to their original positions. “I wouldn’t have done it that way…”, “I never really agreed with that approach” etc. etc.

A good example of this in practice occurs in the project management training workshops I deliver. The workshops have a very practical element with teams of four project managers running a simulated project on a PC. They have to allocate resources to a plan and then manage its execution, taking a series of decisions through the life of the project. The four members of each team are supposed to agree which option they take for each decision. The teams comprising four experienced project managers more often than not perform worse than those with lesser experienced people. And teams of three perform better than teams of four!

If you do face a compromise situation then:

What actions are you going to take to ensure the best chance of successfully delivering your project? 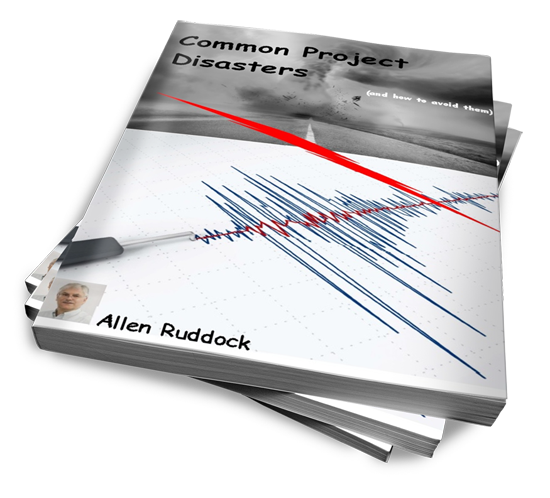 This blog post is the first article in my new e-book. Don’t sleepwalk into disaster – sign up here (or click on the image) to get your copy as soon as it is published.