The need for a change culture

admin Posted in Uncategorized — No Comments ↓

The problem with project management…..

…is how project management has evolved!

An old survey by KPMG from 2002 (Programme Management Survey 2002, ©KPMG) stated that 56% of the companies surveyed had had a failed project within the previous 12 months with an average cost of approximately £8m.

No project manager sets out to fail or to be unsuccessful. In fact, the majority of project managers are highly skilled, experienced professionals battling against the odds and their business environments to deliver real value for the company they work for.

So what is going wrong?

A big part of the problem is how project management has evolved.

Modern project management evolved in the 1960’s from the need to bring structure and control to the delivery of major defence programmes. This led to the development of sophisticated techniques for managing critical paths, resource allocation etc. etc. Over time this has spawned a plethora of tools purporting to make project management easier

Industry and commerce embraced this new approach and applied it to its own problems, initially in the systems development world and latterly in business in general. At each stage, the promise has been that project management and its associated tools would be the solution to the perennial problem of how to manage change. Management had embraced the solution without ever fully understanding the real problems they faced.

The nub of the problem

A project, by definition, is a discrete set of tasks or activities aligned to achieve one or more objectives, usually the delivery of something. So project teams were hived-off from the rest of the business so as not to impact its day-to-day running. They were hidden away in a corner somewhere, or even in a different building. They were set their objectives, given their raw materials and left to do their stuff. Sometime later they were expected to turn up with a solution and revolutionise the business.

In today’s world no business would set up its projects in such a way. Now they are seen as part of the business. Project teams often sit alongside the day-to-day staff, drawing on the latter for resources, input and feedback. But in many ways the project is still isolated from the business it is purporting to improve. Few companies have embraced projects, or more importantly, the change they seek to bring about, as part of their culture.

The result is that projects are still seen as something others do. If you have to get involved it’s in marginal time, an add-on to your day job. Sponsors want the end benefits but don’t understand their role in ensuring they are delivered. Few companies actually train sponsors or key stakeholders in the roles they have to play in delivering projects.

Pet projects, justified by unrealistic or spurious benefits that no one ever checks have been delivered, are the order of the day.

The answer is both simple and incredibly complex. The simplicity is in the concept; the complexity is in its implementation.

The concept is that the business embraces a change philosophy throughout the organisation. From the moment they join, employees are trained to handle change in everything they do, to accept it as part of day to day life. Everyone, most junior employee to CEO, is trained in the basic concepts of the project lifecycle and project management so that they can understand their part in the process whether they are an end user, a team member, a part time contributor, a team leader, a sponsor or any other stakeholder in the project

Change must also be built into the day to day processes of the business. From HR processes that handle the human side of change – training and development to help people grow, counseling to handle the unsettling impact of change etc. – to management information to model and then monitor the impact of change on the business so that proposed changes can be rigorously challenged and justified. Communication processes are vital so that the business’ objectives and the means of achieving them are well publicised. Finally, a learning process must be established so that experiences gained are re-used within the business.

The complexity of implementation stems from a business’ major asset – its people. Most people are naturally resistant to change and fearful of the impact it will have on them – hence the need for HR processes. They don’t understand their role in change –hence the need for training. Most individual managers do not understand or see the wider business picture so seek to protect their own patch and justify their own projects – hence the need for clear communications and MI. Above all, a change culture requires a degree of openness that most people distrust and feel uncomfortable with.

So how do you move forward?

You can’t introduce a change culture overnight. In fact it may never be possible to overtly implement a change culture because of people’s natural distrust of such things and the difficulty in calculating the benefits – in today’s world every change must have measurable benefits. However, you can implement aspects of the culture and reap many of its rewards by implementing elements of the key processes.

Start with a rigorous approach to assessing benefits both in the proposal stage and after delivery, making sure that any change project delivers the means to measure its success.

Next, implement an independent review process that seeks to ensure those benefits are clearly defined and delivered, and that best practice and lessons learned are adopted. This will drive a wider involvement in change projects as people realise they will be held accountable for both what is delivered and how it is used to benefit the on-going business. The wider involvement will drive people to want to understand their roles better. This in turn will drive the demand for training in all aspects of change. Before long, the grassroots of a change culture will take hold. 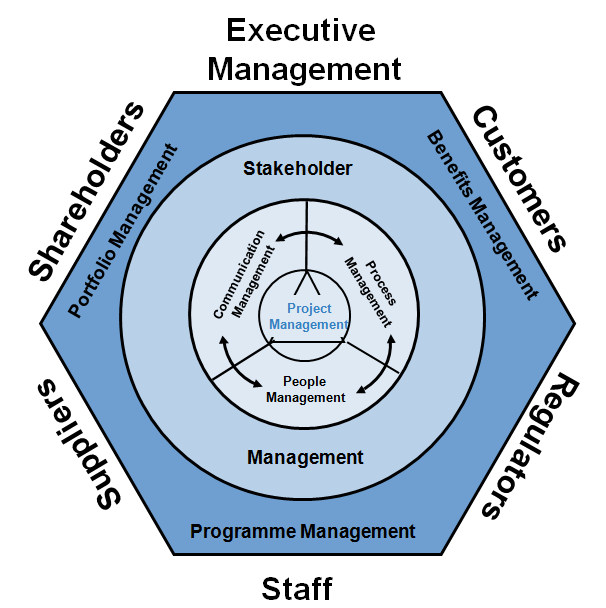