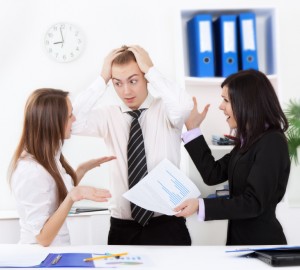 Regular readers of my blog will know the importance I place on the people side of project and programme management. Most problems occur for people reasons. Even when things are technically challenging, it’s often the reluctance to accept this on the part of the project or programme leadership that ends in unrealistic timelines being maintained right up to the point of failure.

One of the core people issues is a lack of a single point of clear ownership, accountability and responsibility. No-one’s running the sweetie shop! Quite often, for large projects or programmes, multiple business areas are impacted and all have a stake in the sponsorship of the programme, so joint sponsors are appointed. This is a danger sign. Many organisations recognise the danger and so appoint an overall sponsor. But that person is often a very senior executive, maybe even the CEO. In reality, they have very little time to allocate to the programme and only get involved in key decision points.

This situation requires very good communication between the various sponsors and a single agreed set of objectives for the programme. However well intentioned, the individual sponsors will have their own agendas and these will introduce tensions into the programme. How do you deal with this as an organisation?

It’s all about clear roles and responsibilities and clear lines of accountability.

I recently fell foul of just such a situation. I was nominated for a role as overall implementation lead. It was a challenging role back in a part of financial services I hadn’t worked in for a while, and for a major new client, so I was very keen. However, filling the role externally was being championed by one part of the sponsor group and when the role finally got to the very top for approval, it was decided this had to be filled internally.

This was very disappointing for me personally, but I would suggest it should be more worrying for my potential client for three reasons.

Two weeks or more had elapsed without the role being filled. One of the reasons the role was challenging was the tight deadlines. These were now even tighter!

A number of key resources had spent time looking to fill a role, time which could have been spent productively on other tasks.

Thirdly, it highlighted the absence of a single overall programme manager with total responsibility for managing the programme (in fact, that was effectively the role I was going to fill but not necessarily with full authority).

What this example shows is that organisational politics can often inadvertently cause problems for projects, programmes and the people running them (or trying to). It reinforces my views on the need for a single point of accountability within the day to day running of a project or programme. If there were several owners of our metaphorical sweetie shop and they each appointed someone to run the bit they were interested in, with no overall manager, the overall business would end up in chaos. They need to agree a single overall manager to run the shop.